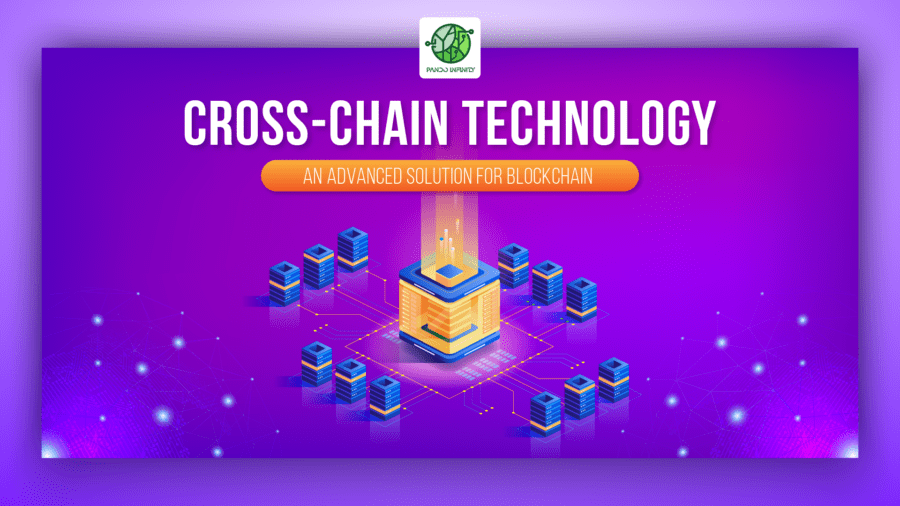 The power and applications of Blockchain technology are currently increasing and spreading dramatically, resulting in explosive ecosystems. Crypto in general and DeFi, in particular, have created breakthrough developments of the decade. The rising numbers show that problems in the field still exist, providing an opportunity for blockchain projects to demonstrate their utility. However, because blockchains are mostly isolated, they are unable to communicate with one another. It simply means that one chain’s strength cannot be shared with another to make up for its flaws. These divisions cast doubt on blockchain’s potential and value, affecting user experience and the industry’s growth. The future of blockchain, however, is bright, thanks to the rise of newer protocols with increased capabilities. Cross-chain technology is one such breakthrough that can handle the industry’s ever-growing problems and provide the necessary solutions.

What is Cross-chain Technology?

Because all blockchains have the same underlying infrastructure, the technology has proven to be critical in allowing blockchains can communicate with each other. Cross-chain is considered the ultimate solution to enhance interoperability between blockchains. They will facilitate the information and value transfer process between multiple blockchain networks.

Isomorphic Cross-chain: Features of this type including security mechanism, consensus algorithm, network topology, and block generation verification logic are quite consistent, and the interaction between them is relatively simple.

In short, it is the differences between chains that create certain barriers to Cross-chain technology, each chain will have different characteristics and mechanisms. That why current cross-chain solutions will have to deal with complex situations to be able to adapt to all cases.

Cross-blockchain compatibility will support more excellent communication between chains without the need for middlemen. It allows the transfer of value and information between blockchain networks. For example, businesses will be able to transact with other companies’ customers using other compatible blockchains. Cross-chain information transfer and sharing will happen with no downtime and will not charge expensive transaction fees. Just easy, cross-chain compatibility brings transfer value to blockchain networks.

Building cross-chain applications are notoriously difficult due to problems with existing cross-chain infrastructure. First, there is massive fragmentation in token bridges and messaging protocols. Most of which are application-specific services between two separate chains.

In addition, many bridges are quite centralized with weak security guarantees, a lack of transparent or trusted node operators, and increased costs and processing time for end-users. These limitations and vulnerabilities have resulted in the exploitation of millions of dollars in lost funds, hindering cross-chain innovation.

Moreover, once the technology has taken shape, it needs to undergo practical application and testing. This will take a lot of time in the future.

In general, Cross-chain technology is still only at the beginning of its development phase, so there are still many mixed opinions about this technology that is considered the future of DeFi. Typically, Vitalik Buterin (the father of Ethereum) has recently repeatedly expressed scepticism about Cross-chain applications when he thinks that he has faith in a Multi-chain future but also has scepticism about the security of Cross-chain projects.

Reality has proven that these statements are completely grounded. There have been many attacks related to the Cross-chain array and it seems that this is a lucrative bait for hackers, typically the historic attack of Poly Network – a project that has been highly anticipated, laid the foundation for future Cross-chain transactions, which has resulted in over $600 million in losses. The blockchain world is similar, the past time has shown the explosive development of DeFi in particular when the amount of TVL is steadily increasing in the ecosystems and also setting many amazing records. At present, the amount of TVL in all DeFi ecosystems has reached 200 billion USD. Imagine if Cross-chain technology develops, this number will not stop there.

Cross-chain is a relatively new technology but has received a lot of attention because of new Blockchains are developing strongly and filling the gaps of the old Blockchain but they are not linked with each other. We will look forward to the future of Cross-chain, there will be applications developed to help blockchains become more complete.