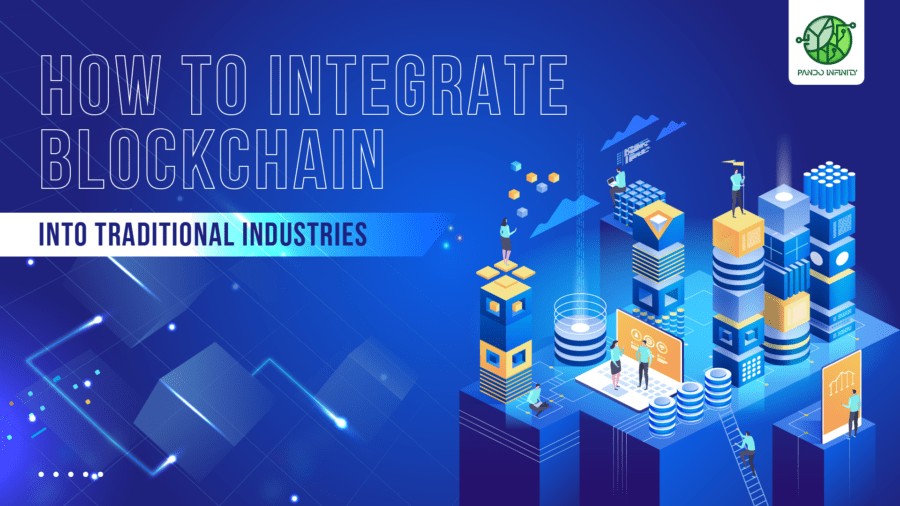 As per NITI Aayog draft paper, experts estimated that blockchain could generate 3 trillion USD per year in business value by 2030. The World Economic Forum (WEF) anticipates that 10% of the global GDP will be stored on blockchain by 2025. Besides, funding for blockchain-centric start-ups has been consistently growing and was estimated to be around $1 billion in 2017. Apparently, at the moment IBM has more than 1,000 staff and $200 million invested in the blockchain-powered Internet of Things (IoT). Blockchain technology can achieve such numbers from the fact that it can integrate into traditional industries and create solutions to unsolved problems. Let’s learn about this through the article below.

Blockchain is a decentralized, distributed directory driving smart contracts and providing the opportunity to traceability aid, record management, automation for the supply chain, payment applications, and other business transactions. Blockchain provides a record of almost real-time replication between a network of business partners and is unchanging. The process takes information that would have previously been stored in the Enterprise Resource Planning (ERP) of the company. It now makes it available in a distributed network of records across disparate companies.

The goal of blockchain is to allow digital information to be recorded and distributed, but not edited. A blockchain is a distributed property that anybody can access. Once data is recorded on a blockchain, it cannot be modified. Hence, you can only record data when the maximum number of participants agrees.

The functioning of the blockchain is dependent on three components: data, hash, and previous block hash.

A hash, similar to a fingerprint, is also included in the block. When a block is created, its hash is computed. If something changes within the block, the hash will then change as well. That is why hashing aids in detecting changes in a blockchain. If a block’s fingerprint changes, it is no longer the same block.

A hash of a previous block is the final piece in a blockchain. The hash of the preceding block aids in the creation of a chain, and as a result of these aspects, the blockchain is extremely secure to trust and use. In a blockchain, each block is linked to the previous hash’s data, but if any of the blocks’ data is tampered with, the hash changes instantly, and the subsequent block recognizes it and makes the changes immediately.

Nowadays, computers are capable of storing hundreds of thousands of hashes each second. To make the blockchain valid again, the hash of tampered blocks is altered by default, as are the hashes of other blocks. This is accomplished with the assistance of proof of work that has been discussed above.

With blockchain, as a member of a members-only network, you can rest assured that you are receiving accurate and timely data, and that your confidential blockchain records will be shared only with network members to whom you have specifically granted access.

Consensus on data accuracy is required from all network members, and all validated transactions are immutable because they are recorded permanently. No one, not even a system administrator, can delete a transaction.

With a distributed ledger shared among members of a network, time-wasting record reconciliations are eliminated. And to speed up transactions, a set of rules — called a smart contract — can be stored on the blockchain and executed automatically.

Blockchain’s DLT can also enhance data security and payment processing while eliminating unnecessary and burdensome expenditures. And e-commerce companies integrate blockchain to reach wider audiences and keep secure transactional records. Though still in its early stages of development, blockchain is already a big hit for its flexibility and efficiency.

Blockchain’s main emphasis is on financial-sector applications. With fintech integrate blockchain, foreign currency problems could be resolved, and a controlled spectrum could be reached in the supply transaction. At present, the finance and payments sector tend to act as a crucial corporate of blockchain and the pace of adoption in many other industries.

Using blockchain technology to track items as they move through a logistics or supply chain network can provide several advantages. First of all, it provides greater ease of communication between partners since data is available on a secure public ledger. Second, it provides greater security and data integrity since you can’t alter the data on the blockchain. That means logistics and supply chain partners can work together more easily with greater trust that the data they’re provided is accurate and up to date.

Blockchain is the earliest and most widely used in the media and entertainment industry. Blockchain technology can track the lifecycle of any asset, and therefore reduce the piracy of intellectual property, protect digital content, and facilitate the distribution of authentic digital collectibles. This creates transparency and strong intellectual property protection.

One of the trends in blockchain technology adoption is in the gaming sector with the introduction of the term GameFi. Blockchain technology helps turn in-game items into NFTs (Non-fungible tokens). In the form of NFTs, players own digital items, which they can easily trade with other players, therefore reaping financial benefits. Notable GameFi projects are various such as: Axie Infinity, Thetan Arena, WidiLand,… In which, Pando Infinity built and developed the promising GameFi project WidiLand.

As you can see, there’s a ton of potential for blockchain technology — and it’s constantly expanding. Blockchain will grow stronger and more popular in the future.