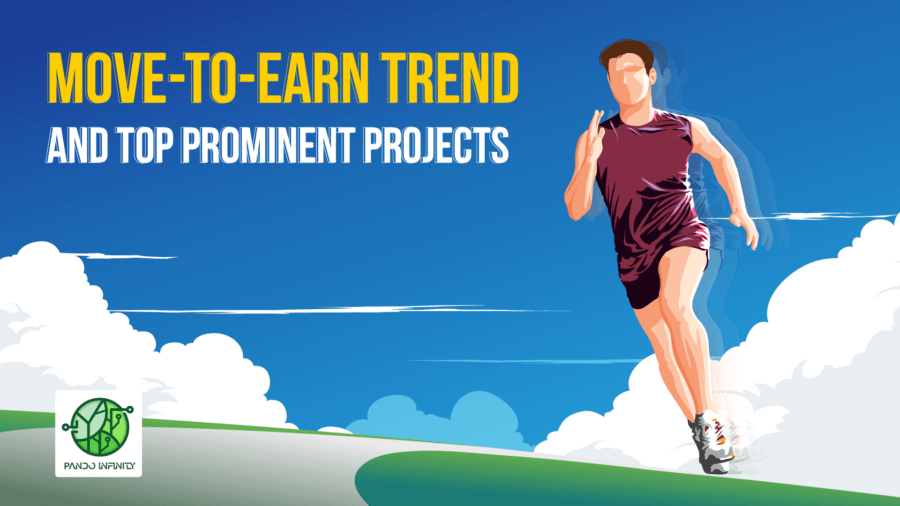 After the uptrend period of GameFi, the Cryptocurrency market is having a difficult time when the community is no longer too active and there are not many new projects to attract new investors. Recently, the new trend called Move-To-Earn is receiving a lot of attention from the community. A new GameFi niche that rewards users for being active are being developed using motion-sensor technology. As the move-to-earn paradigm transitions to crypto, players can earn in-game currency that can then be converted into real-world fiat currency, providing genuine advantages for their involvement rather than just paying to play a game

What is Move To Earn?

Move to Earn can be understood as a change from the Play-to-Earn form. Instead of people participating in games to earn money by participating in “Play-to-Earn” games, now Move to Earn will allow players to earn money through physical activities. Outdoors such as soccer, jogging, etc. By the combination of mobile devices such as Smart Watch, Smart Phone, … collect data about the user’s body activity and then convert it into data and experience used to convert as an in-app property. One movement-based mobile app game from recent years is called Pokémon GO. Players are encouraged to travel to learn more about the characters or to obtain rewards. Similar to M2E, which encourages users to engage in more outdoor sports like soccer and running, M2E offers an appealing feature that enables users to win incentives like tokens or rare NFT items.

The Potential Of Move-To-Earn And GameFi

There are a few reasons why more and more people are starting to take an interest in running:

Previously, according to data from Statista, there are about 111 million people participating in health walks in 2020, accounting for more than 30 per cent of the US population. From there, the potential of Move-To-Earn can be seen if we can take advantage of the runner files in Crypto destinations, specifically the “Play-to-Earn” market.

Move-To-Earn will accelerate everyone’s adaptation to the blockchain. Just being able to convert a small fraction of running app users through Move-To-Earn apps is a huge amount for the Crypto community.

The perfect combination of GameFi and SocialFi

There are already quite a few apps that try to create an ecosystem where people get rewarded for running and then use that reward to exchange for coupons to use in life. However, almost all of them fail when the rewards don’t have many applications, quickly depreciate, and then the system crashes. It seems that Move-To-Earn has found its missing piece when the arrival of GameFi has made up for the lack of application of the rewards in Move to Earn. With the benefits of crypto and NFT, GameFi allows users to truly own the rewards that the Move-To-Earn app brings. Achievements from Move-To-Earn can be used in a game world or simply as NFT rewards. From there, they can display or trade them.

There is also the potential to develop the Metaverse in Move-To-Earn: You may remember the Pokemon Go app that once made a splash with young people 2 years ago. It is also a form of Metaverse combined with Move-To-Earn. Move-To-Earn has great potential when it comes to applying AR and VR technologies to running. Thereby promoting further development of Metaverse on Blockchain.

Move Plus is a healthcare – lifestyle platform with GameFi & SocialFi elements to motivate people to move and make more movement. Move Plus is a combination of Move-to-play and Play-to-earn mechanisms with a goal to lead millions of people to a healthier lifestyle and bring huge potential customers into crypto. Move Plus paves the way for users to communicate, work out & participate in real-life activities together. We give you the tool you need to become the strongest version of yourself. Inspired by the PokemonGo game, Move Plus not only enhances health but also brings an amazing adventure experience for players.

MovePlus is going to launch Closed Beta version 1 at the end of July, let’s participate to become the very first users who experience amazing features.

STEPN, a healthcare application with GameFi components developed by Satoshi Lab on the Solana blockchain ecosystem, is typically illustrative of this approach. Its initial beta version was released in December. Under the guidance of GPS and sensor technology, STEPN players run in real life while wearing NFT shoes. You will receive a specific quantity of energy to use in M2E (Move to Earn) when playing STEPN; this energy will be replenished by 25% every six hours. STEPN will provide you with the appropriate amount of Energy in accordance with the number and kind of shoes you own. Despite the somewhat large initial investment required for NFT shoes, the current income from STEPN is highly alluring, and the payback period is not that long.

Genopets is a Move to Earn project where gamers may both play for free and earn money by taking care of virtual animals. The players’ progress in upgrading their companion fighters for XP awards will be monitored by technological equipment. The GENE token, which serves as the project’s governance token, has been released. GENE is still quite little in comparison to Stepn given that its Marketcap is only 44 million and its FDV (Fully Diluted Value) is only about 400 million. If people failed to notice Stepn, this would be a respectable investment choice.

This project is a combination of Metaverse and Move-to-earn. At the same time, Defy is also the project invested by Olivex. This project has a special feature compared to other projects that move to earn has developed when combining elements from AR, and GameFi. When making a comparison between the Defy project and some other projects, we will notice some similarities with the traditional game type. For example, the game Pokemon Go, Mobile Run, etc. These games are all attractive, bringing a significant number of participants.

This is a project with a good plot, creating a unique character. Accordingly, players joining the game will transform into villains. They will perform the task of destroying the Future System when being chased by drones – unmanned aircraft. These elements are all updated based on the address you control in the real world.

Thus, Move-To-Earn, if combined with GameFi, will not be a temporary trend, but can become a factor that promotes blockchain adoption in general and GameFi, in particular, to reach more people and achieve success.