The Merge was a great success, Ethereum entered the PoS era

The Merge was a great success, Ethereum entered the PoS era 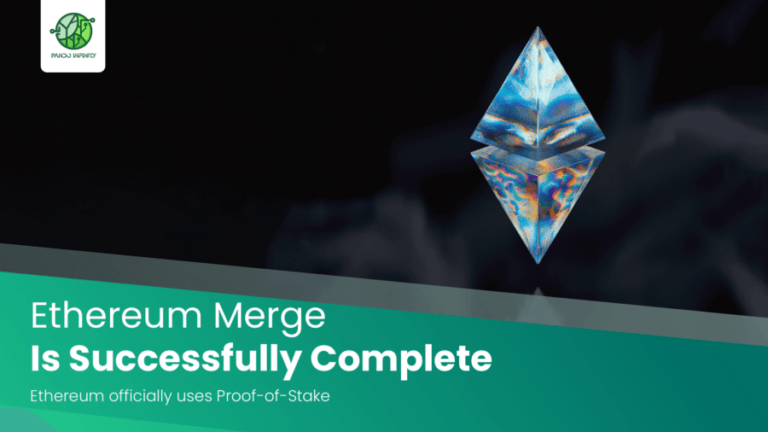 This afternoon (September 15, 2022), The Merge is complete. The Ethereum blockchain has transitioned to Proof-of-Stake consensus algorithm. Vitalik Buterin – Ethereum founder, also tweeted about the success of The Merge.

The Merge has successfully complete

“The Merge” is the event that marks the largest-ever upgrade of the Ethereum network, changing the consensus mechanism from Proof of Work (PoW) to Proof of Stake (PoS), and also comes with certain benefits such as reduced power consumption. After months of waiting, The Merge has officially taken place.

The Total Difficulty of blocks on Ethereum has reached the threshold of 58750000000000000000000, the value needed to trigger the merger of the PoW blockchain – the blockchain responsible for processing transactions on Ethereum so far into the Beacon Chain – The PoS blockchain acts as a consensus coordinator on the Ethereum network. Vitalik Buterin – Ethereum founder, also tweeted about the success of The Merge.

As reported by CryptoQuant, after switching to the Proof-of-Stake consensus mechanism, the difficulty of mining ETH on the Ethereum blockchain has all decreased to zero, marking the end of the Proof-of-Work for the past seven years.

Moreover, the landmark update will bring major changes to the Ethereum network, including a 99.95% reduction in energy consumption and a 90% cut in ETH issuance.

After Ethereum Merge, there will be Shard Chains

Shard Chains require running on the PoS consensus mechanism to ensure the safety and stability of the entire Ethereum network. Therefore, the road from Ethereum to Ethereum 2.0 is still very long, according to the plan, it may take several years to complete.

It is important to acknowledge that the gas fee on Ethereum Proof-of-Stake will not decrease and the transaction speed will not be faster than before. Network fees and transaction speeds will improve after Ethereum adopts sharding in “The Surge” update that is expected to take place in the near future. The updates after The Surge, The Verge, The Purge, and The Splurge will perfect Ethereum day by day, making the blockchain more accessible to the public, faster, and more decentralized.

How to find the best website development company for your business?