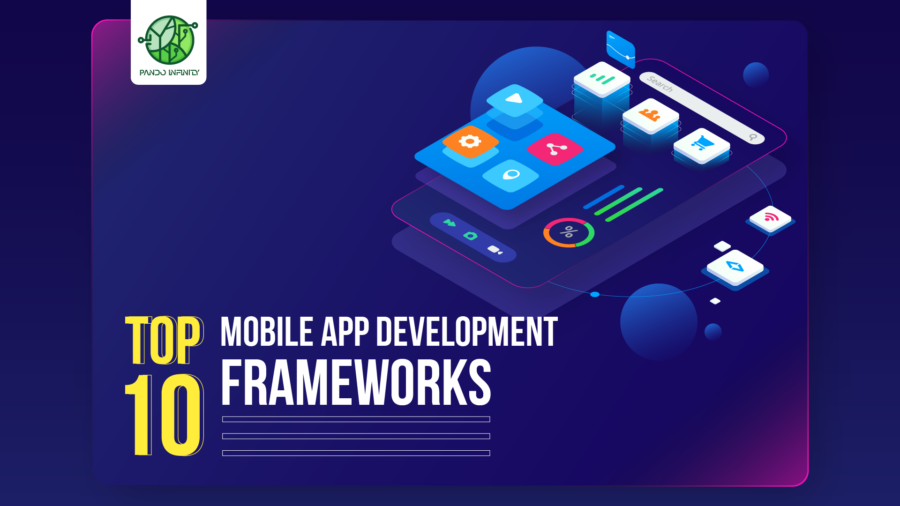 The framework is the foundation behind every website or software and application. There are thousands of tools to program these products in the digital market today, and getting the right kind of framework for each requirement is critical for the machining unit. This article will introduce the top 10 typical frameworks in mobile app development.

Swiftic is one of the most ideal application development frameworks for the iOS platform, featuring a friendly interface. In addition, the product has a 30-day money-back policy for customers participating in the trial of features, along with a 6-month project quality assurance plan and will be free in case the user experience is not as expected.

Native Scripts is an open-source framework for the creation of native applications for phones, supported on the platforms of Angular, Typescript, JavaScript, CSS and Vue.js. An outstanding benefit of Native Scripts is that it reduces the amount of code and loading time for the system.

React Native is an open-source, cross-platform app development framework that was created and is now maintained by Facebook. It quickly rose to the top among developers. The development of mobile apps for iOS and Android is made easier with React Native. The best examples of React Native apps are the mobile applications from well-known companies like Tesla, Airbnb, Skype, and Amazon Prime.

Xamarin is a phone application programming language developed by Microsoft to run on the framework. Thanks to cross-platform and open-source support, Xamarin offers an ecosystem of rich components, APIs and backend components. In addition, users can create apps for many operating systems such as Android, tvOS, watchOS, iOS, macOS and Windows.

Ionic is an open-source framework for web app design and cross-platform software. The framework aids programmers in creating dependable and feature-rich native applications. In addition, the included version of Ionic Studio has a very fast working speed, which supports installation right on the device to serve the process of generating ideas about the product’s operating environment.

Onsen UI is considered to be one of the most powerful tools for designing apps with complex requirements, Onsen UI can leverage JavaScript, HTML, CSS and rich libraries such as Angular JS1, Angular 2+, React, and Vue to ensure maximum efficiency. Products created from Onsen UI have very good performance and aesthetic UI compatible with each operating system.

Google’s open-source Flutter framework enables the creation of native Android and iOS apps from a single codebase. It is a ground-breaking cross-platform SDK that stands out for utilizing a distinct strategy to produce apps with a native-like appearance and feel. It is an unrivalled and incredibly dependable mobile UI framework that accelerates the development process while enabling the creation of visually attractive apps.

JQuery Mobile’s interface system is based on the structure of HTML5, focusing on touch optimization, and upgrading the user experience for the application of smartphones or tablets. This framework often presents websites with impressive aesthetics or programs that are more likely to customize the form.

Frameworks are extremely useful tools for programmers when developing their applications. Each framework has its own strengths and weaknesses, in the process of working you can dig deeper and use it flexibly to support your work in the most effective way.

The importance of White Paper in Cryptocurrency